'The Trouble with Buddhism' Chapter 7 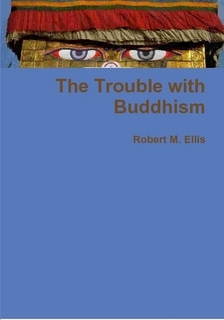 This chapter considers the role of symbol and ritual in Buddhism, especially that surrounding the Buddha figure, and evaluates it in terms of the Middle Way. When adopted or used in a way that appeals only to the Buddha's enlightenment, rather than providing inspiration that relates to experience, Buddhist symbol and ritual becomes metaphysical. Both what is symbolised and how it is used play a part in whether Buddhist symbol and ritual can be helpful in the West - but more often than not the metaphysical influence prevents it from being helpful.

Click on the summaries below for the full text of each section:

a) Symbol and ritual

Buddhist symbol and ritual is supposed to stimulate the imagination and produce an emotional inspiration. However, in the West it probably only succeeds in doing this for a minority of Buddhists. This is because the symbols themselves often represent absolute enlightenment rather than spiritual progress in experience. The form taken by ritual and symbol is also not properly adapted to the participants, because of dogmatic adherence to tradition backed up by the authority of enlightenment.

b) Warts and topknots

The Buddha-figure combines traditional iconographic forms with artistic representation of the Buddha's spiritual elevation, which may inspire. Artistic traditions do not necessarily have to be dogmatic ones, but they become so when it is really only the iconographic tradition which is being expressed and the imagination is not otherwise engaged, or when the Buddha figure represents claims about a historic enlightenment. Buddhists should be prepared to use other kinds of symbol to represent their spiritual inspiration when these are more appropriate.

The rich and complex symbolism of Mahayana Buddhism offers many further ways of representing spiritual ideals. However, Westerners who try to engage seriously with this symbolic system have the cultural odds stacked against them, and it is easy to do so in a deracinated way. Far too often the symbolic system seems to be a non-negotiable aspect of participation in a Mahayana Buddhist community, rather than a contingent resource merely available to those who can use it well. Its relationship to experience needs to be the prime criterion for the use of a symbol.

Not all symbols of enlightenment in Buddhism are human figures. Mandalas are very useful spatial diagrams of spiritual progress, which relate well to incremental experience, but are still encountered too rarely. Stupas may also relate to experience, but often associated too much with hierarchisation, absolute enlightenment, or the status of individual dead teachers. Lotuses offer the same symbol of incremental opening as any other flower, but unfortunately also represent purity.